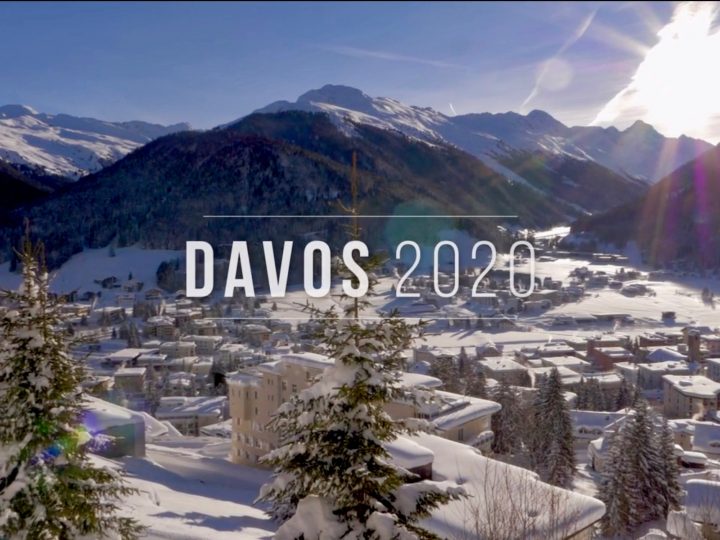 What are the key themes from the 2020 World Economic Forum (WEF)? Is Davos still relevant for global media? Our clients often come to us to understand media trends around global events like Davos. Using the combined insights of our strategy and media specialists, here’s our analysis.

Unsurprisingly, President Trump’s attendance at Davos amidst impeachment proceedings in the US hoovered up vast volumes of media coverage (around 50% of all coverage from Davos mentioned Trump). But a deeper look uncovers some of the wider themes that resonated at the event and shows how brands can tell stories around these topics in a way that grabs media attention.

1. GROWING THREAT TO CORPORATE REPUTATION AS DAVOS BOSSES SOUND ALARM OVER CLIMATE CHANGE
This year’s WEF theme was ‘Stakeholders for a Cohesive and Sustainable World’. It is therefore unsurprising that climate change was the focus of 38% of Davos coverage, an increase from 32% last year.

Exemplified by the high profile spats between Swedish activist Greta Thunberg and US leaders, this year’s WEF saw battle lines being drawn over climate change. Whilst US President Trump and his team urged the world to be more optimistic about the world’s environmental prospects, climate activists, led by Greta Thunberg and business people including ECB President Christine Lagarde, called for greater immediate action. Even finance leaders such as BlackRock’s Larry Fink addressed the issue, announcing broad changes to investment strategies in line with clients’ heightened environmental concerns.

From a media perspective, publications are more focused than ever on the increasing urgency around climate issues. BBC Global News announced a new sustainability-focused sub-brand called Future Planet. The Economist launched a dedicated print issue on the climate crisis, and Bloomberg Media have launched Bloomberg Green, which features daily newsletters, broadcasts, radio programs, live events and even a recyclable print product about climate change and the “green revolution.”

2. TECH TITANS FACING INCREASING SCRUTINY OVER ETHICS AND PRIVACY REGULATION
If last year’s media coverage focused on the potential for technology and its impact – both positive and negative – on the workforce, this year tech giants appeared to be on the back foot. 62% of headlines about tech giants Google, Microsoft, IBM and Facebook focused on the issues of regulation, privacy, ethics and oversight.

Overall coverage on AI dropped to 4% from 8%, and blockchain dropped to 0.9% from 2%. Interestingly, the drop of interest in AI follows a similar trend at CES (20% drop YoY), which suggests that general coverage around AI innovation and applications are no longer enough to pique media interest. The only topic that saw an increase was 5G, from 0.9% to 2% of total Davos coverage. However, this tied into the broader issue of potential security risks as most coverage was linked to concern around Huawei building Europe’s 5G networks.

However, while tech titans face increasing scrutiny on ethics, security and privacy there may be opportunities for other to fill the void. The FT reported that more private tech companies than ever had been invited to Davos. This negative focus on tech titans provides an opportunity for other voices in the tech sector to build more of a media profile as the authority of established players comes into question.

3. GLOBAL INEQUALITY RAISES QUESTIONS OVER THE FUTURE OF CAPITALISM AND DAVOS ITSELF
Coverage around social mobility and inequality remained stable in 2020 (14% of total coverage as in 2019) with Oxfam’s global inequality report once again marking the start of the WEF. Criticism around the heavy use of private jets and “limousine” traffic was especially pointed this year in light of the key focus on climate change. Condemnation of Davos has been increasing over recent years and while the volume hasn’t necessarily increased in 2020, several high-profile figures were noticeable by their absence including Emmanuel Macron and Boris Johnson, while Apple’s Tim Cook was present but kept a low profile. Further evidence of Davos’ struggles to remain relevant were reflected in coverage of Davos overall, which dropped by 14% (once you strip out articles focused on Donald Trump’s comments).

Focusing on those that did attend, Finland’s newly elected PM Sanna Marin spoke of her hopes that female leaders would become the new normal, whilst an activist group of wealthy people calling themselves the Patriotic Millionaires called for higher taxes on themselves as a means of addressing growing inequality. Lines of discussion between previously opposing groups also seem to be opening. One of the founding members of the Occupy movement met world leaders at Davos seeking to build bridges between “activists and elites”. Greta Thunberg’s appearance at Davos is another example of this trend.

From Google asking governments for AI regulation, to activists meeting with billionaires and world leaders, coverage from Davos suggests a wider recognition that solutions to global issues require coalition from a range of stakeholders. For brands and companies, this may represent an opportunity to lead this coalition and position themselves as catalysts of change rather than reactors to criticism.