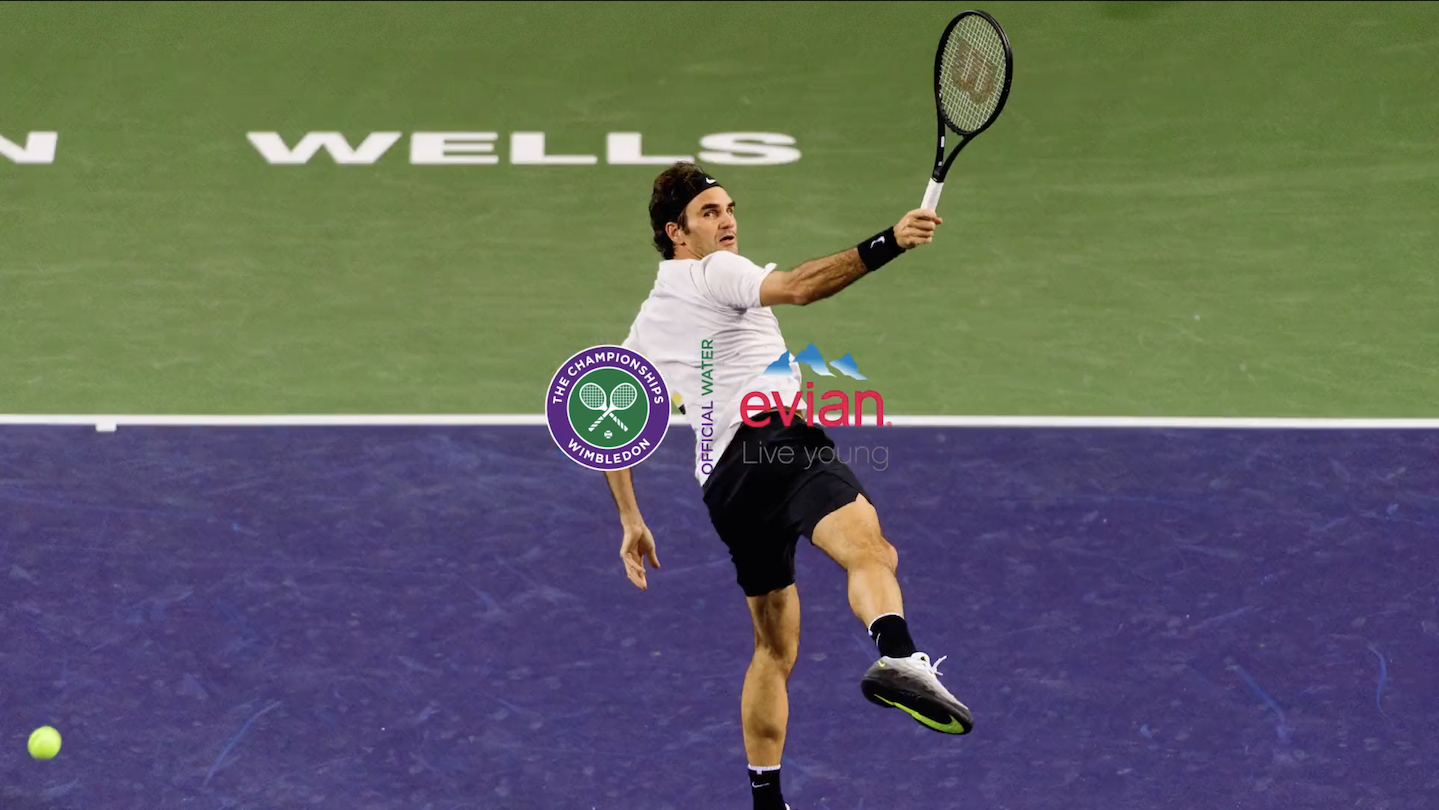 evian has sponsored The Championships, Wimbledon for 11 years, bringing together two iconic brands. We were asked to come up with an idea which would help drive awareness and interest in the sponsorship through social platforms. evian has connected the two brands above-the-line using baby lookalikes of tennis greats such as Stan Wawrinka and Garbiñe Murguraza in full tennis whites. With an audience obsessed with celebrity and sharing personal experiences, we realised that if we could take that iconic ATL creative and put our audience in it, we’d have a really good chance of grabbing their attention. So, evian #Babydoubles was born. A simple concept. People ‘serve’ us their own head shots and we ‘return a volley’ of personalised inner baby images.

We launched with a #Babydouble of evian ambassador Kyle Edmund, Britain’s No.1 Wimbledon hopeful in 2018, and invited people to get their own #Babydouble on Facebook. We created as many highly-tailored images as possible, copying every photographic detail from hairstyle to facial expression. These were shared on the original thread, so everyone could see the gallery of images grow.

The response was phenomenal and the depth of one-to-one engagement was proof of that. The joy, gratitude and heart-shaped emojis we saw from those receiving a #Babydoubles image (or seeing their friends) was, well, ace. The campaign delivered over 4M social impressions and 320K engagements with a huge 99% positive sentiment demonstrating the level of brand warmth, positivity and excitement around the campaign.