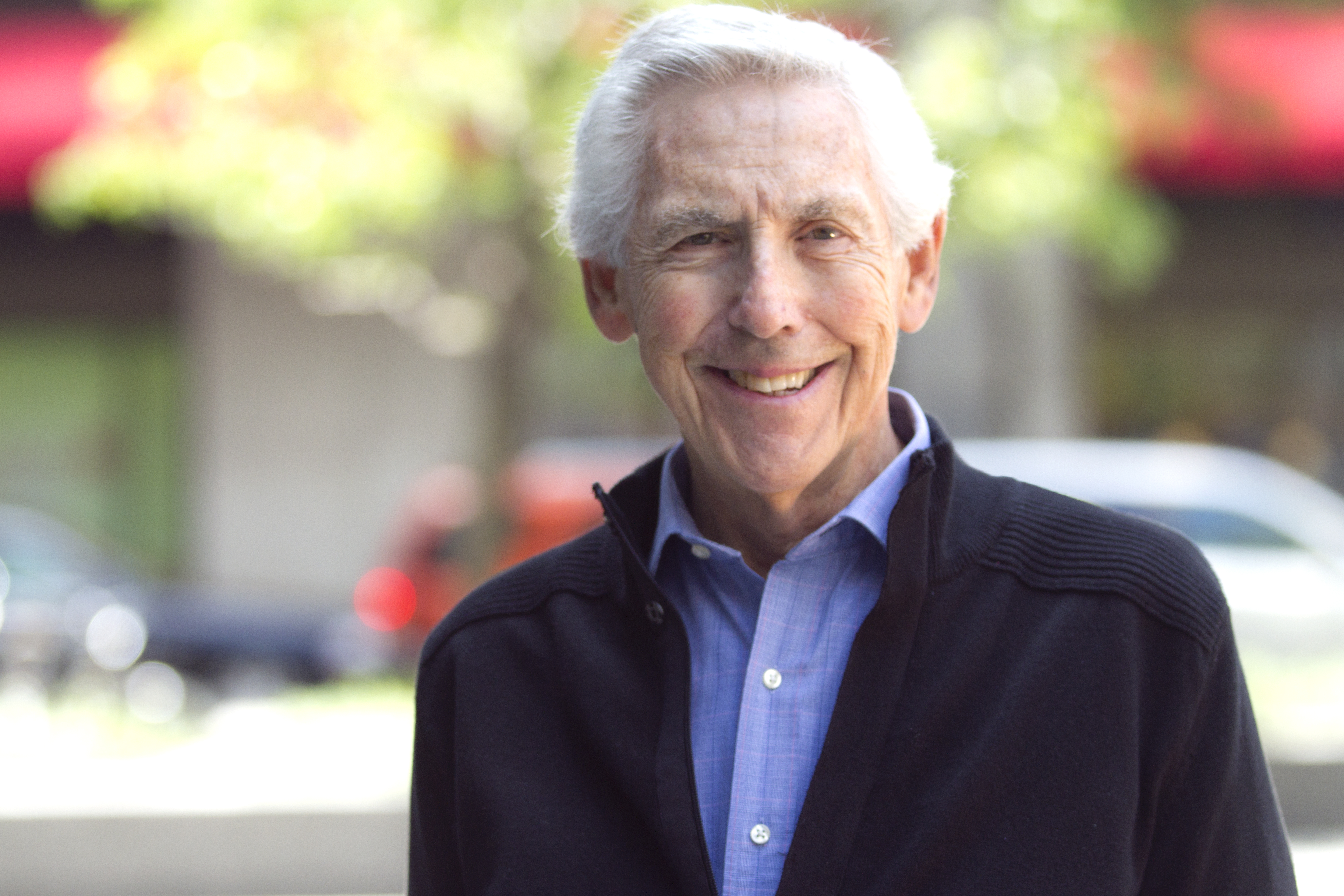 CHICAGO and SCOTTSDALE (April 9, 2017) – Al Golin, the man who founded what has become one of the world’s largest public relations (PR) agencies with a now-famous cold call more than 60 years ago, passed away peacefully Saturday, April 8 at his second home in Scottsdale, Ariz. He was 87 and had never retired, continuing to provide counsel to his namesake firm, even in his final weeks.

Widely regarded as a legend in his field, Al saw the role of public relations extending well beyond that of a “publicist.” While he understood the value of a well-placed news story, he thought more deeply about the responsibility his clients had as businesses in society. And he created the idea of a “trust bank,” based on the belief that companies who established a meaningful presence in the communities they serve would have the support of those communities in good times and in bad.

Al was born in Chicago on June 19, 1929 to Charles and Jeanette Golin. He had an older brother, Ted who passed away last year. Al spent his youth playing tennis, attending Bears and Cubs games at Wrigley Field just blocks away from the family home, and working at the movie theater owned by his father.

Following several years as a publicist in the Chicago office of MGM Studios during the early 1950s, in 1956, Al became a junior partner in a public relations agency – Max Cooper & Associates and later Cooper, Burns & Golin and then Cooper & Golin. Al later became the sole owner of the agency, and renamed it Golin Communications, until 1978, when Tom Harris joined forces with Al to form Golin/Harris Communications. Today, that award-winning Chicago-based agency has grown to more than 50 offices and 1,200 employees worldwide, and is known simply as Golin. Its clients include some of the world’s best-known brands, including McDonald’s, Walmart, Unilever, Nintendo, Texas Instruments, Mondelez and many others.

“I’ve spent half my life working with Al at Golin. He has been my boss, my mentor, and most of all, my friend,” said Chairman Fred Cook. “ Al loved this company, and his honest, humble, humorous approach to life and business made a huge impact on all of us. We will strive to nurture the enduring legacy he created.”

It is the agency’s longest-standing client, McDonald’s, that best represents the indelible impression Al left on the industry. The agency’s history is inexorably tied to that of McDonald’s. In 1957, Al made a cold call to McDonald’s Founder Ray Kroc and explained how public relations and community engagement could help Kroc grow his brand. Kroc invited Al to see him and quickly retained the agency for $500 per month, marking the start of a relationship that has spanned 60 years — the longest lasting client-agency partnerships in public relations.

“McDonald’s owes Al a tremendous debt of gratitude for all he accomplished in his partnership with us,” said McDonald’s Chief Executive Officer Steve Easterbrook. “We have benefitted for decades from his wisdom and leadership, from his friendship and his support.”

Those closest to Al knew him as a kind, genuine and affable gentleman who paired humility and sharp wit with an uncanny instinct for engaging with the public to establish consistently effective PR campaigns. He published many of these successful business strategies in his book Trust or Consequences in 2003, which promoted trust as an essential element of brand equity, longevity and survival.

“Ours was a remarkable partnership that became a great friendship,” longtime business partner Tom Harris said. “I have enormous admiration for his professional accomplishments, but most of all for his personal qualities and total integrity. And for our enduring friendship.”

From the day he founded Golin and throughout his life, Al invested his heart and soul in his agency and its people. He often told people to “find a job you love and you will never work another day the rest of your life.” He poured this ethos into his own work life, always making time to counsel clients and mentor agency staff.

Al relished meeting with young new staffers and was a regular participant in educational programming for interns at the agency’s Chicago headquarters. Al encouraged everyone in the agency to work with a strong sense of curiosity. He shared that same advice in speeches he gave to college students and new graduates.

As a result, Golin’s culture embodies a sense of collaboration, courage, happiness and dedication to delivering exceptional effort and service. In fact, Golin’s tagline – Go All In – is an anagram of Al’s name, in addition to a mantra for the agency’s employees. In that spirit, the agency recently branded its culture “Courageously Happy”, owing to Al’s oft-quoted belief that “happy employees make for happy clients” and his stated desire that the agency’s culture be his legacy.

As a respected public relations legend, Al received abundant industry recognition, including lifetime achievement awards from the Public Relations Society of America (PRSA), Publicity Club of Chicago and Inside PR magazine, the PRSA Gold Anvil Award and the Arthur W. Page Society Hall of Fame Award for “Career Achievements and Outstanding Contributions to the Profession.” Al was the recipient of the Institute for Public Relations’ Lifetime Achievement Alexander Hamilton Medal in 2009 and Roosevelt University’s Distinguished Service Award in 2005. He also served for 30 years on the Board of Directors for the Goodman Theatre in Chicago and for 16 years on the Board of Trustees for Roosevelt University in Chicago, the school from which he graduated in 1950. Al was named one of the 100 Most Influential Public Relations People of the 20th Century by PR Week, served as a PRSA Fellow and received honorary doctorate degrees from DePaul University and Roosevelt University. In 2014, Al was inducted into the PR Week Hall of Fame.

His legacy lives on through McDonald’s annual Al Golin Trust Bank Award, established in 1992, as well as Al’s Day – a global day of service to honor Al’s strong belief in giving back to the community. Each year around Al’s birthday, Golin offices around the world close their doors and employees collectively participate in service activities to help make a difference in their local communities. At an Al’s Day event in 2015, Al said, “Seeing our employees ‘Go All In’ together in support of such valued and beneficial organizations is more than I could ask for on my birthday each year.”

A memorial service will be held in Al’s honor in Chicago on a date to be determined. In lieu of flowers, the Golin family has asked that donations be made in Al’s name to Ronald McDonald House Charities, the Off the Street Club, the Goodman Theatre or Roosevelt University.