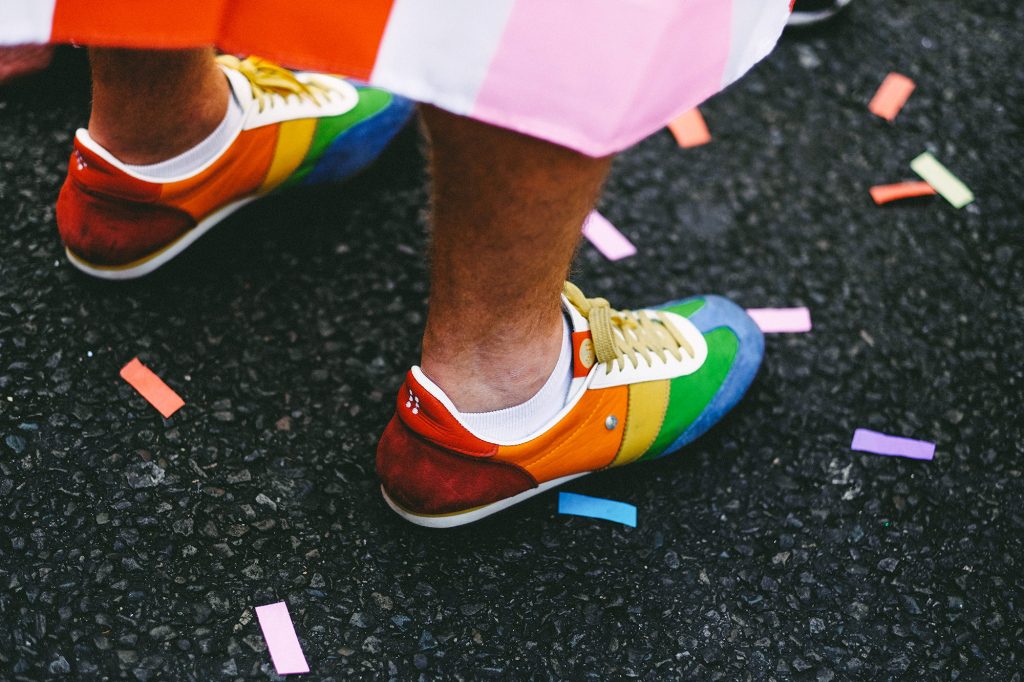 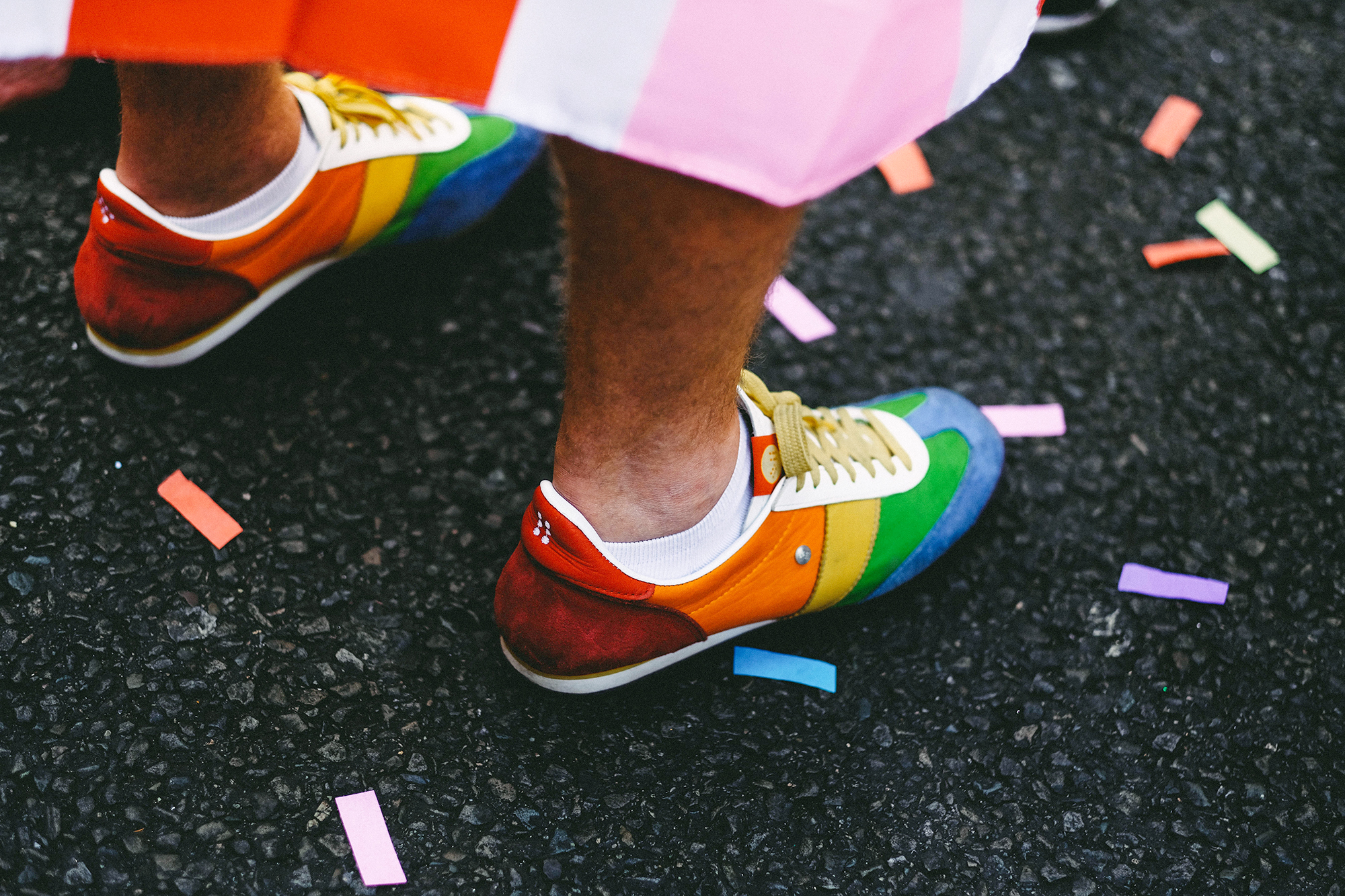 In 2018, I had the good fortune to visit San Francisco a few weeks before Pride. It was like a rainbow cannon had exploded, covering the entire city in pro-gay paraphernalia. The last time I saw that many rainbows, I was seven years old and cracking open a box of Lucky Charms.

Banks, supermarkets, clothing stores and sandwich shops were decked out in flags, balloons and banners proclaiming their love and support for Pride. Walking down the street, it felt like the parade had already started. And on the inside of all these shops? Even better. Rainbow muscle tee? Just what I need. A mug that says ‘50 Shades of Gay’? Perfect souvenir. Pride-themed nacho plate? I’ll take three.

But when I spoke with people in San Francisco about my frenzied excitement for this cornucopia of LGBTQ+ visibility – I realized I was the odd one out. Everyone else was kind of angry about the rainbows.

“We’re sick of seeing the gay experience exploited for corporate gain,” a friend told me. “Why should we applaud when businesses profit off a symbol representing the history of LGBTQ+ oppression?”

Oh. Maybe they had a point.

I talked to more people, did some research, and realized that in the 13+ years I’d been living outside the U.S., the fight for queer visibility had morphed into a fight against corporate exploitation of the queer experience. People are now questioning brands that use LGBTQ+ culture to sell a few rainbow glitter beer koozies, but don’t think twice about investing in a market like Brunei where gay people can literally be sentenced to death.

On one hand, I agree. We must question and resist the use of gay culture to make a buck by corporate entities that don’t give two rainbow confetti cannons about making a difference. But at the same time, living far away from an LGBTQ+ mecca like San Francisco, there’s something to be said for the value of visibility.

In Hong Kong, we don’t get rainbow flags in shop windows and big-name businesses do not loudly proclaim their LGBTQ+ support. There are definitely no thematic nacho plates. Here, we are still tackling stigma and fighting for visibility. In fact, just last month, it was revealed that our main public transit company banned a Cathay Pacific advertisement because it showed a gay couple holding hands.

This lack of visibility hurts the LGBTQ+ community. It reinforces a feeling that if you are gay, you are abnormal and alone. It sends a horrible and inaccurate message to lawmakers and corporate decision-makers that anti-LGBTQ+ policies don’t hurt anyone, because there’s nobody around to be hurt.

As comms professionals, we must aim for a balance – supporting LGBTQ+ visibility, while standing against exploitation. This means making queer people participants in the conversation, not mascots. It means giving a voice to trans people, people of color, and people who present their gender outside the norm, even at the risk of getting dirty looks in public bathrooms.

It means deeply understanding the history and narrative of the people we claim to champion; not simply slapping on a pro-LGBTQ+ stamp, but actively learning about concepts like deadnaming, undetectable viral loads, and of course, ire over TV lesbians with long fingernails.

It means being bold and taking the first step to do what’s right, even when society is looking the other way. Absolut started advertising in gay men’s magazines in 1981 – when America’s mainstream cultural zeitgeist can be summed up by the U.S. Press Secretary laughing about AIDS – and the brand’s radical choice to treat LGBTQ+ people like humans continues to earn Absolut awareness and preference today.

Anyone can tape a few rainbow flags to the front window, but only by pushing for real diversity and inclusion efforts from within can we truly extend humanity and visibility to the LGBTQ+ experience. Now – who wants to split these nachos?