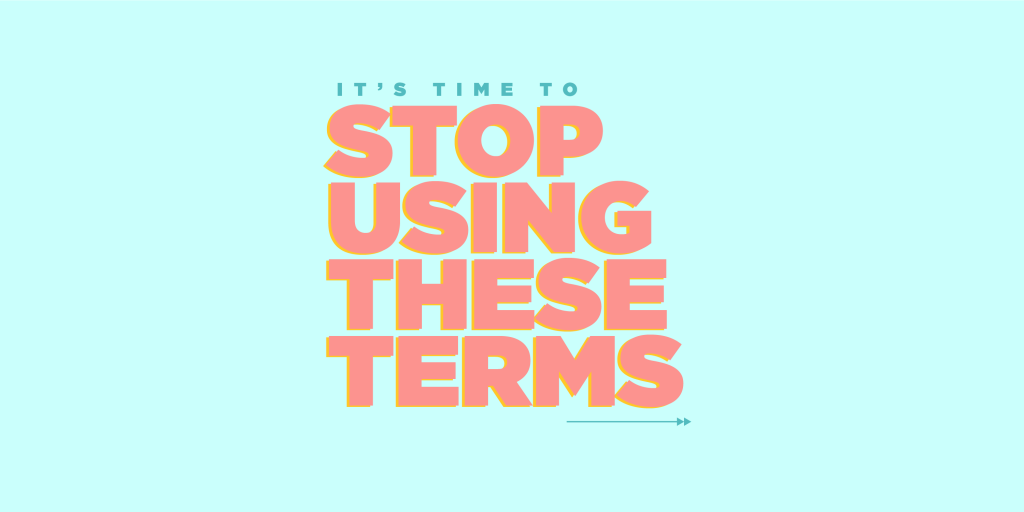 Never underestimate the power of words. What we say and how we say it matters and can impact how your message is perceived by a variety of groups. As the world examines the role and far reaching implications of systemic racism, linguistic controversies are being called to the forefront with many calling for an end to the use of common, yet problematic terms with racist or divisive connotations and histories.

Below we’ve highlighted a handful of common English language terms rooted in racism or those that appropriate or are offensive to certain cultures and communities. This goes beyond being “politically correct” as these phrases should be avoided to ensure the words you use – in the workplace, marketing communication and beyond – are purposefully and intentionally inclusive and not harmful microaggressions or appropriation. This list does not include obvious racial, ethnic, gender or sexuality-based slurs, but rather focuses on revealing the connotation and history behind commonly used terms.

This list of terms is not exhaustive. As etymology continues to evolve as a result of societal acceptance or rejection of certain words, we encourage you to ask yourself the following questions when evaluating your word choice to ensure it is as inclusive as possible:

It is important to recognize that some of these terms have been re-appropriated for usage by certain communities. Please note that because we hear members of communities using some of these words or phrases, it does not give anyone who is not part of that community the right to repeat them. We strongly encourage continuous self-education to make steps toward inclusivity and change.

Please note, some of the below information can be triggering for particular diverse communities.