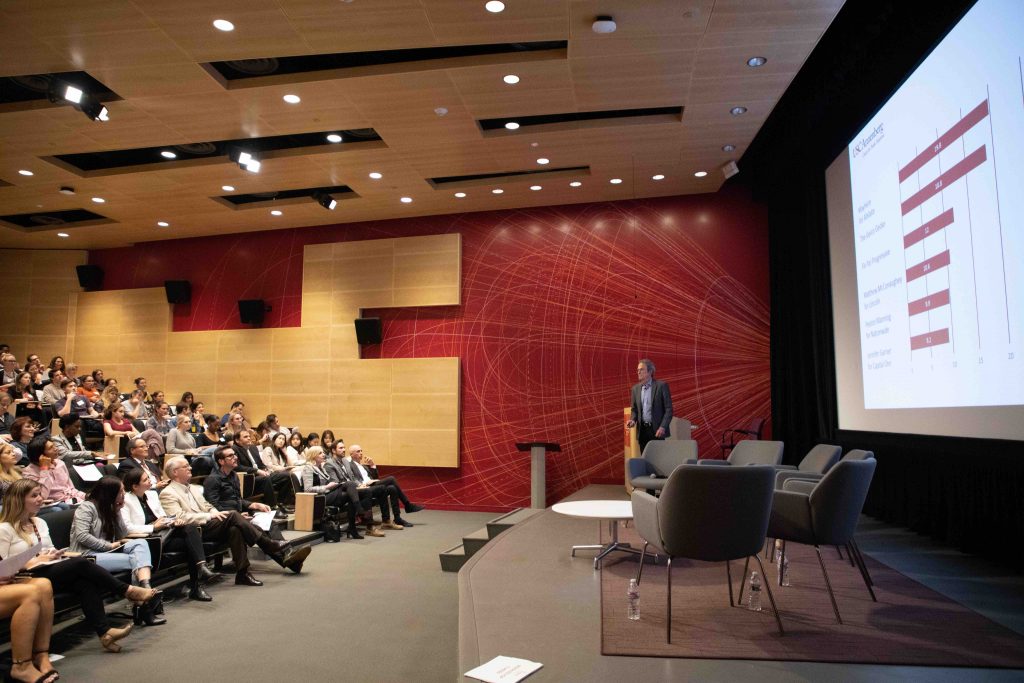 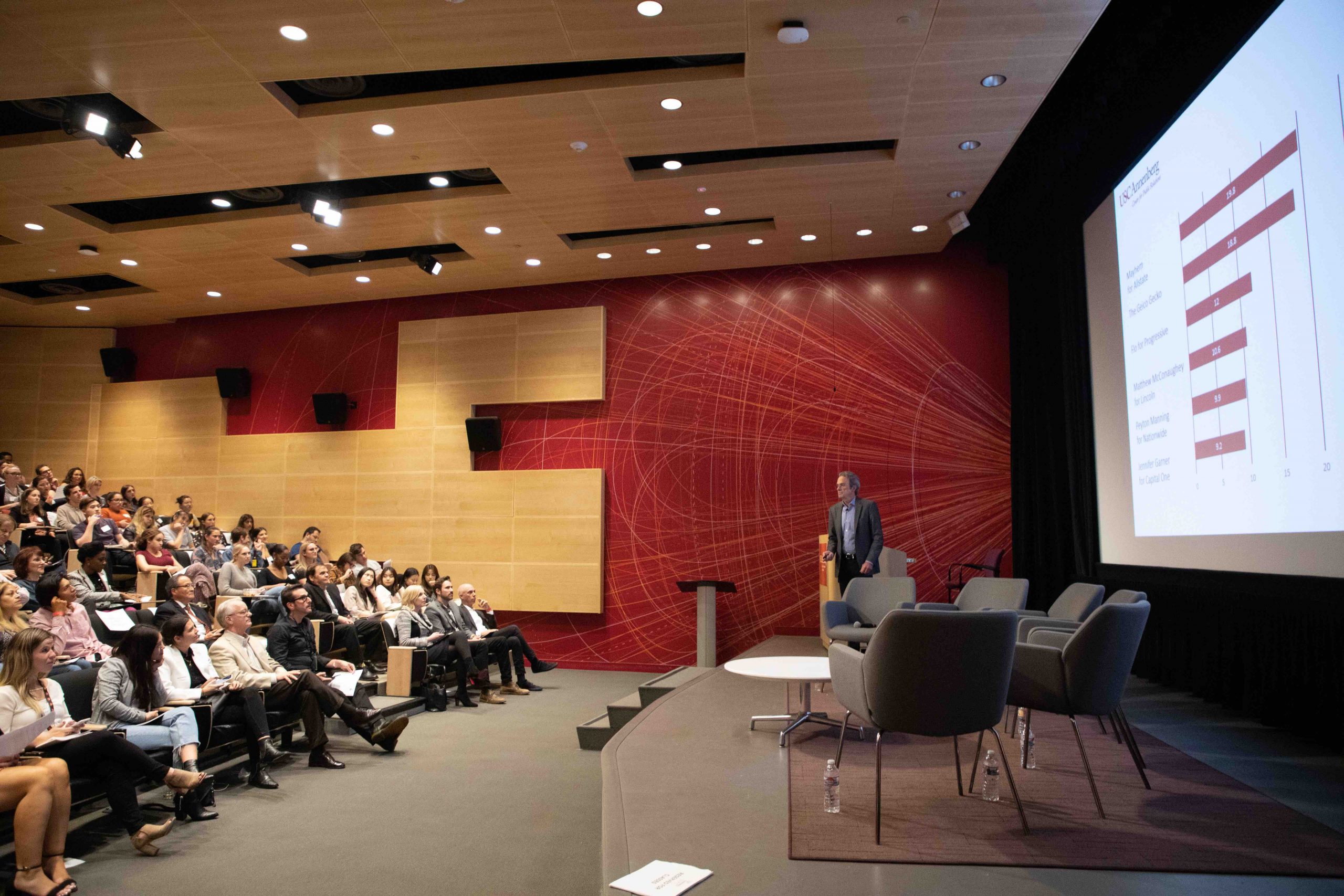 By Fred Cook, Golin Chairman and Director of the USC Annenberg Center for PR

As a co-sponsor to USC’s 2021 Relevance Report, Golin’s own Fred Cook provided a point of view on how “activism” is changing.

In January 2020, the USC Center for Public Relations conducted a global survey on what we called “New Activism.” At that time, we were aware that activism was a growing force in our society, but we couldn’t predict the topic we chose would become so relevant, so soon. A few months later, the brutal killing of George Floyd sparked an explosion of activism on the streets of America, which has created a series of complex challenges and opportunities for the corporate world.

In our study, we talked to activists and public relations executives — both are experts at using communication tools to support issues and promote brands. They agreed that the continued growth of activism is driven by a declining trust in our political institutions and a lack of government action, which are fueled by changing demographics and the prevalence of social media. This lowering of expectations for government leads to increasing responsibility for business. In fact, today’s activists believe CEOs have a greater ability to affect social change than NGOs, politicians and religious leaders.

Conversely, the majority of corporate communicators, who represent these CEOs, do not place a high priority on speaking out about societal problems, unless they’re addressing issues that directly impact their bottom line, like healthcare and diversity. Working with activist groups, who support a wide variety of causes, is even lower on their list of things they intend to do.

Despite the fact that two-thirds of the communication professionals we surveyed believe activism will grow in influence in the next five years, a mere 11% say they plan to engage with an activist group in 2020. The recent protests and the pervasive conversations they’ve generated will raise this level of engagement. But “getting involved” can be tricky for businesses who have never stepped into the minefield of activism, where any gesture, regardless of its intention, can be misunderstood.

In fact, two-thirds of the PR professionals we studied confess they’re not fully prepared to deal with activist groups. Their lack of preparedness stems directly from their lack of experience. While almost half of the communicators in our survey say they consider the potential reaction from activists when they develop new policies and initiatives, only 14% actually engage them in the process. Interestingly, two-thirds of those who do engage find their relationships with activists to be beneficial to their companies.

In the aftermath of the recent protests, many companies with no track record on activism felt unprecedented pressure to speak out by making a statement in support for Black Lives Matter, stopping their advertising on Facebook or changing their HR policies. Responding to these demands was a lay-up for companies like Ben and Jerry’s, P&G and Levi Strauss, where activism is ingrained in their corporate mission. But for the uninitiated, it was a trickier shot and many missed it. Even progressive Starbucks was forced to revise a policy prohibiting associates from wearing Black Lives Matter slogans to work after pressure from the activist community.

“What is smart from an advocacy standpoint is smart from a business standpoint,” says Damon Jones, chief communications officer, Procter and Gamble. “We make no apologies that doing the right thing for society is, in fact, the thing to do for business. It’s just a commitment to learning to listen and to constantly trying to be in a better place (that) helps take some of the sting out of those traditionally, sometimes combative relationships.”

Given the obvious need to understand and address complex, sensitive issues, why are so many corporate communicators reluctant to reach out to the people who live and breathe them? Our survey suggests their hesitation may be based on outdated perceptions. Public relations executives, who serve the front lines of issues management for their clients and companies, generally perceive activists as people who walkout, strike and protest. They view those in-your-face tactics as a means to attract negative attention, rather than to create meaningful change. And negative attention is the last thing they want for their brand.

But in many ways, these New Activists are different from the crowd that occupied Wall Street 10 years ago and the generation before them who protested the Vietnam War. They’re younger, better educated, more diverse and more female. These are everyday citizens, not the charismatic leaders of the past.

New activists are also more tech-savvy than their predecessors, which was confirmed when teenage TikTokers and K-poppers tricked the Trump campaign by reserving all of the online tickets to their Tulsa, Oklahoma, rally, resulting in lower-than-expected turnout.

Social media is their preferred communication channel, but they also make movies and write books. Jamie Margolin, the 18-year-old founder of the climate change organization Zero Hour, recently published the book Youth to Power, which is endorsed by Al Gore. But Jamie’s book isn’t about global warming: It’s a guide for young activists on how to use modern communication tools to deliver their message.

The most profound change in New Activism is the shift from protest to policy. As we have seen, today’s activists will protest when they want to gain awareness for an important issue they feel is being ignored. In 2018, high school students from Parkland, Florida, successfully mobilized a million young people to march against gun violence. But their long-term strategy is to get them to vote. The activists we surveyed chose voting in elections four times more often than protesting in the streets as the most effective tactic for creating long-lasting change. On this topic, they are in total agreement with communication professionals.

This alignment means New Activists are open to collaborating with companies that share their mission – but finding the right partner isn’t easy. While activist groups welcome the credibility and the resources corporations can bring, they’re skeptical of working with companies who are “just checking the box” on corporate social responsibility and lack a real commitment to change. Inside the organization, senior executives have the most influential voice in determining how and when their company takes a public stand on a social issue and they listen mainly to their employees and customers. Today, activist groups exert little influence on the corporate decision-making process, but that is changing.

“Today’s activists aren’t interested in lip service from corporations, politicians or peers,” says Brendan Duff, co-founder of March for Our Lives. “The goals go beyond just raising awareness for a cause — they are rooted in achieving authentic social and political change. That’s what makes activism so effective today.”

Given employees’ growing engagement with all kinds of issues, it’s striking that less than one-third of communicators report that their organizations have policies regarding employee activism. And half admit they don’t know if their companies support employee involvement in activist activities. This lack of guidance raises a lot of complicated questions.

What if a passionate staffer posts something inflammatory on Instagram? What if a long-term employee is arrested during a protest? What if an office worker wears a t-shirt featuring a controversial slogan to work? Should their employer support their freedom of expression or punish them for actions inconsistent with management’s beliefs?

What employees say and do after work used to be their business, but the internet age has erased those boundaries. It takes three minutes of online research to discover an individual’s work history and another three to publicly attack the company they work for. As the NBA learned when the Houston Rockets’ general manager commented on the Hong Kong protests, every employee has the potential to damage their company’s reputation with a tweet.

Powered by purpose and armed with modern communication tools, New Activists are committed to creating seismic societal shifts. They are full of hope, but they’ve learned from previous generations that hope is not enough. They will participate in the political process to produce the long-lasting changes they seek. The corporate world should welcome their participation, listen to their perspectives and look for opportunities to collaborate to help solve the problems they address. New activism requires new communication.