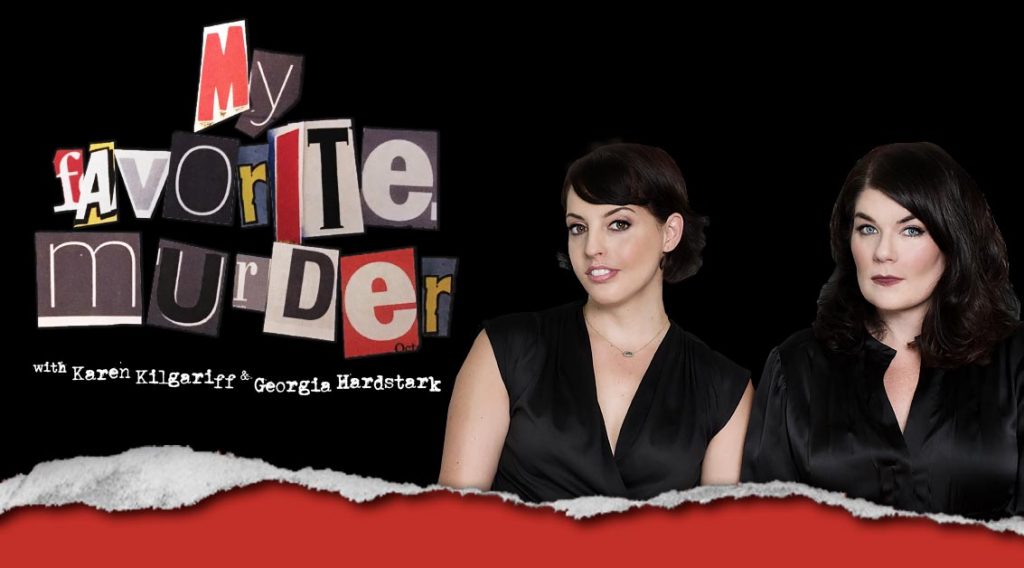 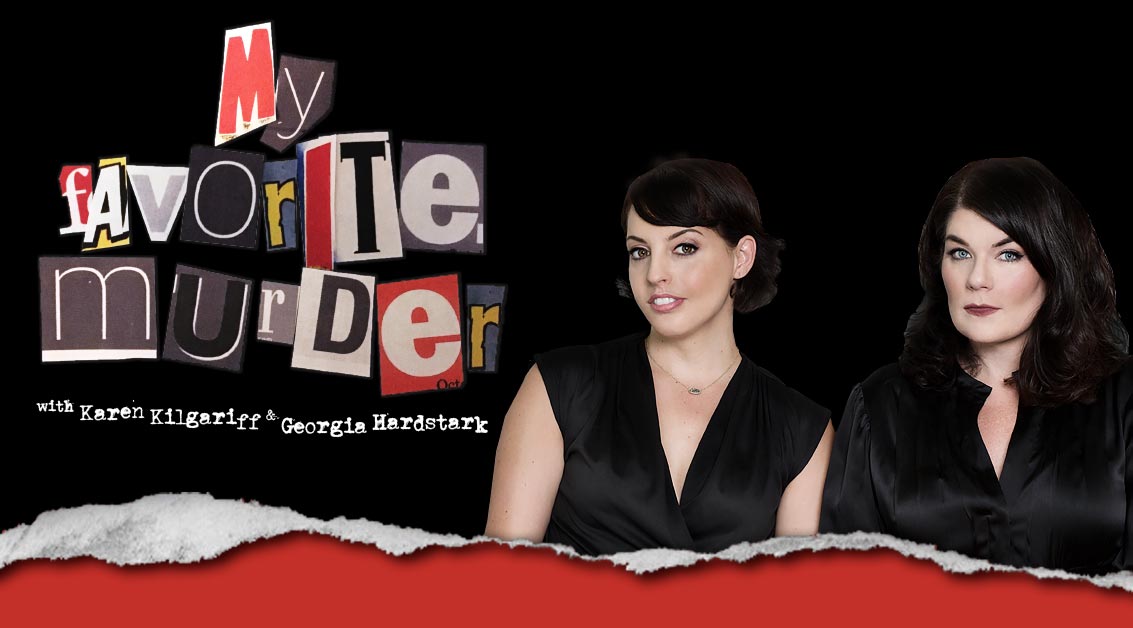 “Murderino.” Noun. Person with a borderline obsessive interest in true crime, and the specific nature and details of disturbing murders. (Source)

This term was coined when the podcast My Favorite Murder (MFM) was released in 2016. At its core, being a murderino is being an outsider. It’s not really socially acceptable to fall asleep watching Forensic Files, or to spend hours in Wikipedia holes about the Manson Family. But in the murderino community, you have a safe space to discuss your offbeat interest with likeminded, self-proclaimed weirdos.

I am a murderino. I’ve always been interested in true crime, but the title of “murderino” means more to me than just that. I don’t spend so much time in the murderino community, but I do follow MFM religiously. Why am I, alongside millions of others, drawn to this true crime podcast over others, like Serial or Crime Junkie? The answer: its hosts.

Karen Kilgariff and Georgia Hardstark established the genre “true crime comedy.” They’ve created their own podcast network called “Exactly Right,” published a dual memoir and self-help book, and earned a whopping $15 million in 2019 (Source). How did they achieve this level of success?

Relatability. To their listeners, Karen and Georgia are more than just hosts, they are two normal, middle-aged women living in California. They feel like friends to their audience, and even “long lost aunts” to some younger listeners. When they recorded in Georgia’s apartment, her cats would interrupt with meows and stories would be paused for a play-by-play of bizarre neighbor activity. Murderinos repeat now-iconic phrases like “toxic masculinity ruins the party again,” and the show’s signoff and tagline, “stay sexy and don’t get murdered.” The “F*cking Hooray” segment offsets true crime’s macabre vibe by highlighting high points of the hosts’ weeks and reading listener submissions, encouraging us to celebrate life’s wins, big or small.

Beyond their authenticity, Karen and Georgia mean so much to so many people because of their willingness to broach controversial subjects. Both hosts have a history of substance abuse and mental health struggles, which they continue to battle and openly discuss on the show. They wrestle with ideological matters like politics and religion, and advocate for marginalized groups like sex workers and the Black community. Their willingness to discuss the taboo makes listeners more comfortable addressing these subjects, breaking down stigmas and ultimately bettering communities.

Another cornerstone to Karen and Georgia’s success is that they admit they’re human. Knowing they won’t always get it right, Karen and Georgia have a “Corrections Corner” dedicated to addressing inaccuracies or criticisms from previous episodes. They know that it’s important to hold ourselves accountable for our mistakes and learn from them in order to make meaningful progress.

The moral of this blog post? These two seemingly ordinary individuals have built a women-centric community of thousands who lift each other up and empower each other. Karen and Georgia remind us that you don’t have to pretend to be someone you’re not to do great things. In fact, exposing your broken parts might even inspire others to put theirs back together. Just be your best self, always aiming toward improvement, and success will follow.