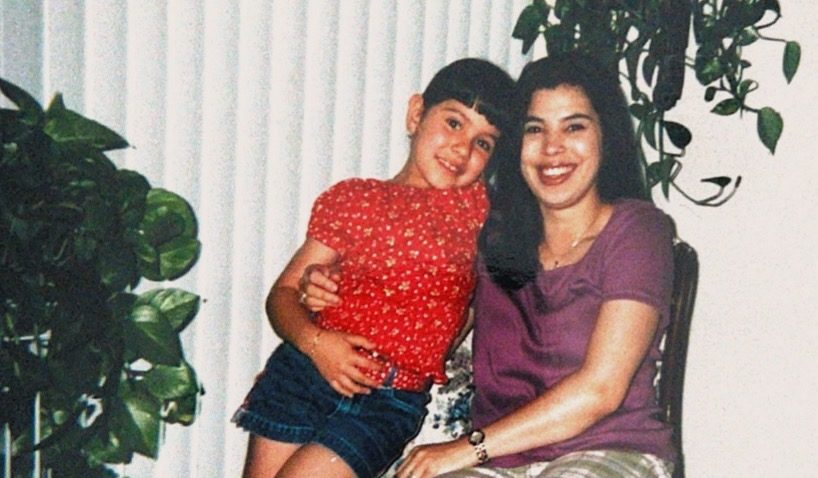 I’ve never seen my mother’s natural hair. Soft curls, like mine, I presume.

Growing up, my mom’s fair skin and faint freckles didn’t quite fit with her thick, textured, dark hair – so she straightened it. Years later, I would spend my school nights waiting for her to smooth the spirals from her head and would yearn for her to do the same with mine. I often asked when my baby hairs would grow out like the other girls in school. Twenty-six years later, they never did.

Like my mother, my skin is fair but was never quite fair enough to fit in with the other kids in my class. Throughout my childhood, I would watch as other girls picked the dolls that looked most like them or fill in their coloring books with peach-colored crayons and exclaim “it looks just like me!” I wasn’t quite the same shade of peach.

As a young adult, I moved to a place where I found myself surrounded by others who were the same shade. Here, I would learn to embrace my culture, my different skin tone, and my soft curls. And still, it wasn’t enough. From the foods I had never tried to the language I never learned, I always felt I couldn’t fulfill other people’s criteria of what it means to be Mexican American, and I wasn’t “white-passing” enough to avoid the racism and stereotypes that came with it.

I would eventually find myself checking off the “White/Non-Hispanic” box any chance I could and avoiding ever saying my last name; then I found myself explaining that I don’t know how to swim because my parents grew up when there were segregated pools, and they couldn’t teach me. I would spend many late nights listening to Spanish podcasts, hoping to get a grasp on any part of my heritage that would qualify me as a “real Mexican.”

In my early twenties, the world began to turn – and although ever so slightly – I no longer felt ashamed to be different. I no longer felt tethered to a stereotype or the feeling of inadequacy. Voices were raised. Crayons were made in my shade. A wave of change washed over my life and so many others.

It took many years and many eye-opening experiences to realize I don’t need to fulfill anyone’s criteria but my own. And as our societal world continues to turn, I hope that others will fully embrace who they are and take pride in their story – sooner than I did.

I am proud to be a Mexican American woman that is rewriting the stereotypes, disregarding my limits, and wearing the soft curls my mother gave me with pride. For me, that’s enough.