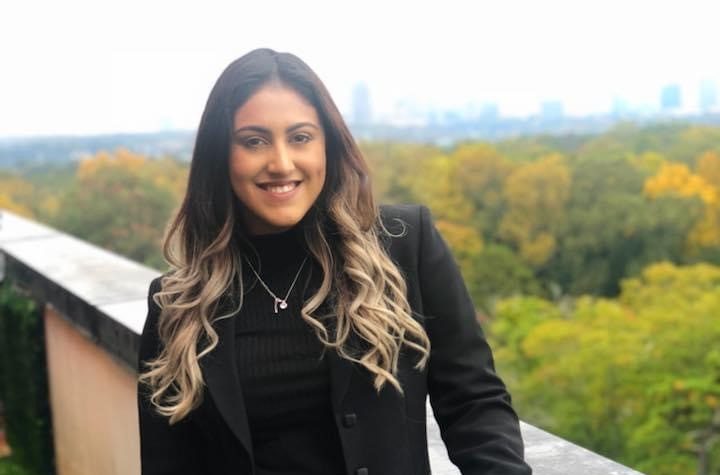 Growing up, if someone asked me where I was from, I’d say “I’m Mexican” without missing a beat. I’d say it with pride – and I still do. But when I was younger, I only identified as Mexican. Although I was born in the sunny state of Florida and spent my whole life in the states, I found myself not identifying as an American.

This wasn’t because I wasn’t proud of being American but in retrospect it was largely because I was fighting so hard from assimilating. Back in the 80s and 90s, immigrant parents didn’t want their kids to face discrimination, and they wanted them to assimilate into the American culture – even if that meant not learning your parents’ native tongue. When I was growing up, I heard it too – Mexicans are not welcomed here. My way of fighting against that was wanting people to know that the most important thing about me was my beautiful mexicanidad (the quality of being Mexican) and that it wasn’t a negative thing – no matter who wanted to paint it that way.

So, you can imagine my shock (and mixed emotions) when I finally visited Mexico as a teen only to realize I was still an outsider. Although I had an amazing experience – I left feeling lost. As the famous Chicano saying goes, “Ni soy de aquí ni de allá” – meaning, “I’m not from here nor from there.” I didn’t fit either culture exactly.

It wasn’t until my late teens and college years that I started realizing how fortunate I was. To be able to be a part of two beautiful cultures – to be a part of a country that so many people fight so hard to be a part of. Although divided, this was and continues to be my parents’ dreamland filled with opportunities – opportunities that I’ve been fortunate enough to be able to take advantage of. I came to an understanding that although I didn’t fit someone else’s definition of either culture, I am Mexican, and I am American. Both can be true at the same time. In fact, there’s a term for these types of individuals and it’s called, Chicana/Chicano.

So, I bring this newly recognized identity of being a Chicana everywhere I go. I brought it to college when I attended a predominately white institution and I ended up being part of the first live Spanish newscast at the University of Florida. I brought it with me when I decided to pursue a career that is statistically a white-majority profession. I was part of the founding board of the Hispanic Public Relations Students Association, the first student organization for Hispanic students looking to pursue a career in public relations. By bringing my full identity with me, I bring representation of my heritage with me. Although I cannot solely represent a whole group of people – I can be a voice to the experiences we share.

Therefore, when I was deciding where I wanted to launch my career, I needed a place that celebrated all the beautiful cultures that the melting pot of America holds. I needed a place where I could find mentors that wanted to invest in me and wanted me to invest in them. Fortunately for me, Golin was that place. Still being in the formative years of my career, I’ve been able to grow and learn without pushing either of my identities down. I am fortunate to be surrounded by colleagues that empower me to share my lived experiences and incorporate them into my work.