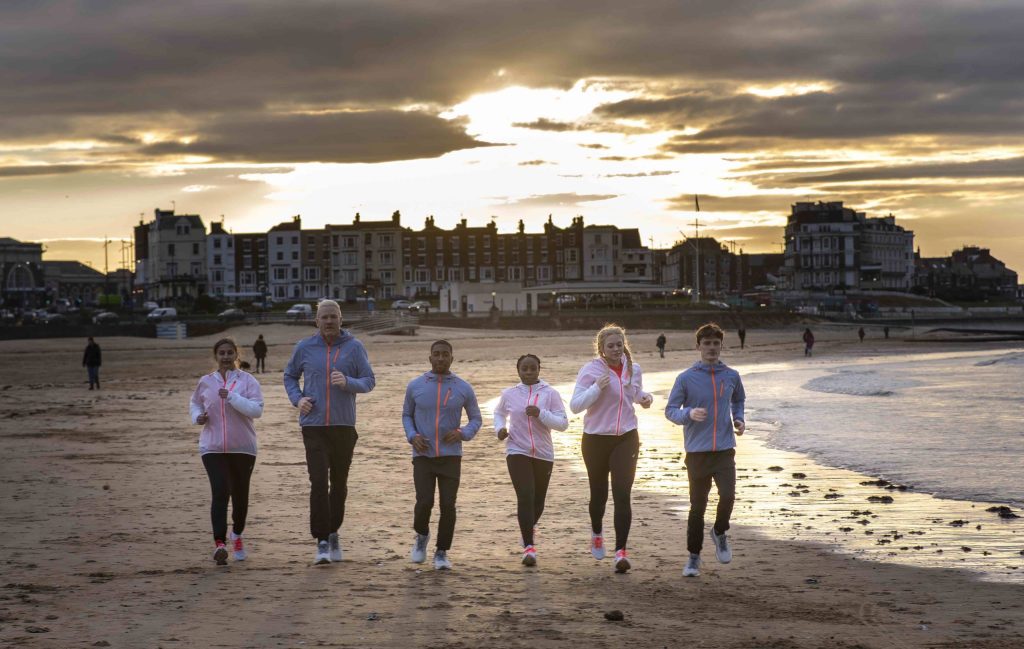 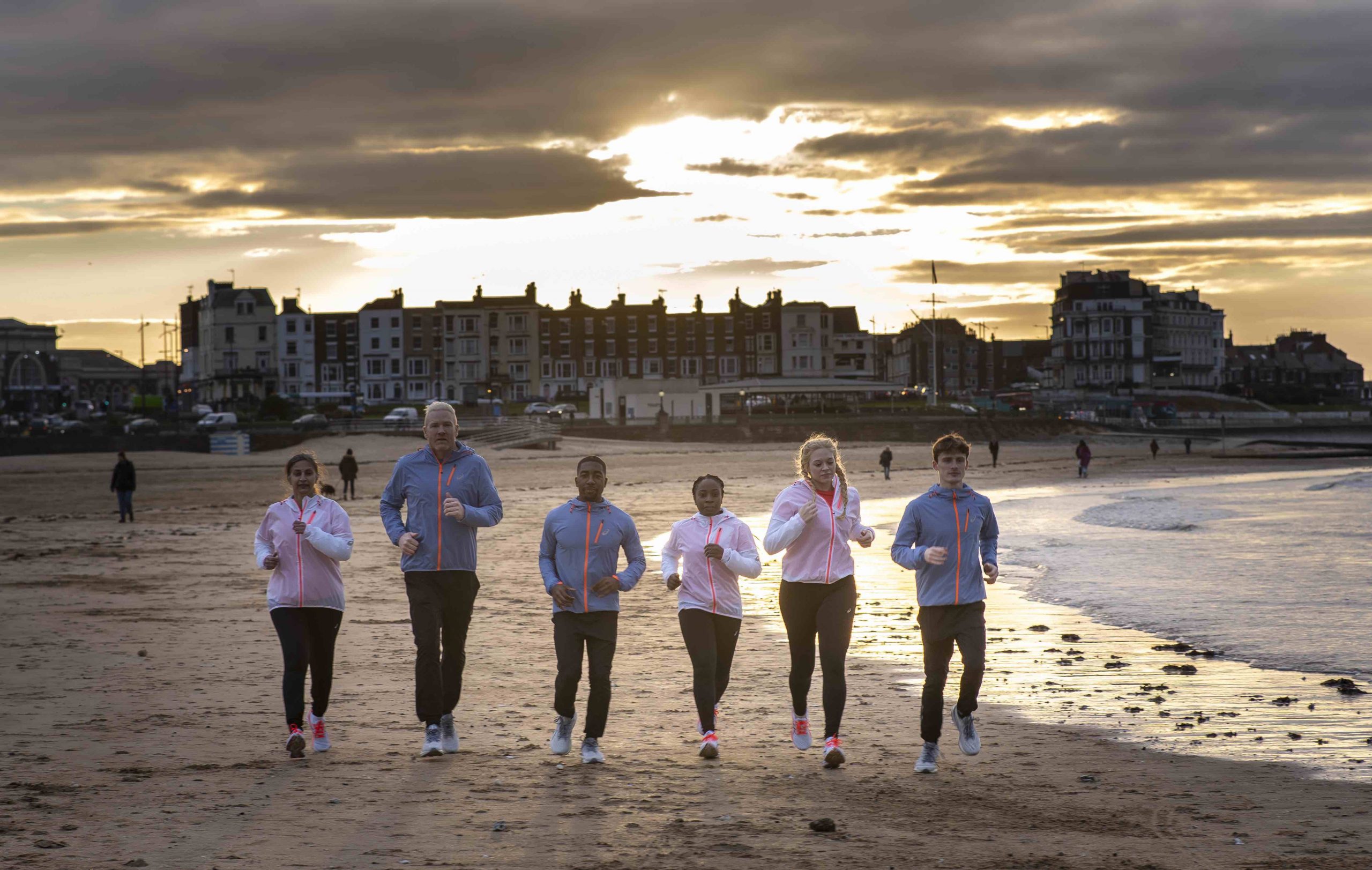 LONDON (March 30, 2022): The impact of physical inactivity on our mental state has been revealed for the first time in the Mind Race, an ASICS experiment to show just how important exercise is for our mental health. The ASICS campaign sees regular exercisers and athletes including Olympian, Ewan Thomas, stop exercising for one week to quantify the impact on our mental state – testing anecdotal evidence that ‘when we don’t move, our minds race’.

Led by Professor Brendon Stubbs, a leading researcher in movement and the mind, ASICS used its cutting-edge Mind Uplifter technology to measure the impact of movement on the mind, analysing data from thousands of people exercising in 21 countries and when they paused their regular exercise routines for just one week.

The results were significant. After just one week without exercise, participants’ confidence levels dropped by 20%; positivity fell by 16%, mental energy levels slumped by 23% and their ability to cope with stress reduced by 22%. Overall State of Mind scores dropped from a high 68 out of 100 when physically active to a mediocre 55 out of 100.

These negative mental effects were powerfully visualized in the Mind Race film – launched globally across Paid, Owned and Earned channels – which showed for the first time what a lack of movement looks like on the mind.

But the Mind Race also provided good news. The global data showed that only 15.09 minutes of exercise is needed to significantly positively impact our mental state – even after periods of inactivity. The Mind Race campaign encourages the public to track their own mental uplift from returning to exercise using the Mind Uplifter technology, available for free at https://minduplifter.asics.com/

Since 1949, ASICS’ founding mission has been to help everyone achieve a ‘Sound Body, Sound Mind’, with an unrelenting philosophy that sport holds that power to uplift the mind. The Mind Race is Golin’s first creative campaign since the agency was appointed to the business in November 2021. The creative campaign was developed and rolled out globally by Golin London. Creative production was led by Unit 9 and A Common Future. Technical production was led by Solar Flare.

Caroline Fisher, communications director, ASICS EMEA said: “Our founding philosophy is literally in our name, Anima Sana In Corpe Sano or a Sound Mind, Sound Body. And we believe our focus on the benefits of sport and movement, not just on the body but also on the mind, has never been more relevant. We know the last two years have been tough on the mental state of many. And while not the answer for everyone, we know exercise can make a difference. Through this research, we hope to inspire more people to move, even just for 15.09 minutes and feel the benefits on body and mind.”

Al Wood, Executive Creative Director, Golin said: “Sports brands are masters of tracking time and distance – but, despite its importance, the mental impact of not exercising has always remained intangible. In pursuit of work that matters, we and ASICS wanted to change the movement conversation, using craft and cutting-edge technology to show – rather than tell – how movement affects our minds. The results are beautiful, but carry a sobering message.”

A Common Future, creative team at Unit 9, said: “It’s not everyday you get the opportunity to put a commercial budget behind promoting hard science. And on top of this one-of-a-kind opportunity we got to work with an amazing team, from the creatives, to the scientist Dr Stubbs and the participants. From the start our main focus was on transporting hard scientific facts in the most engaging and exciting way. The gap between scientific research and the general public is probably the most exciting arena to be working in as a filmmaker today. Our main takeaway from the project: How can we do more of this?”

John Martinelli, Head of Production, Solarflare Studios: “Solarflare were beyond thrilled to continue our collaboration with ASICS on the Mind Uplifter campaign. With such an important subject matter, being able to support the visualisation showing the link between exercise and better mental health is one not only myself, but a lot of people can relate to and benefit from. By capturing multiple data sets, we could generate an atmospheric data visualisation that integrated both EEG readings with emotional and cognitive behaviour recordings from the Mind Uplifter Tool. These real-time particle and cloud simulations created such a striking data output, with the visuals and participants’ reactions really speaking for themselves, showing us the significant impact inactivity has.”