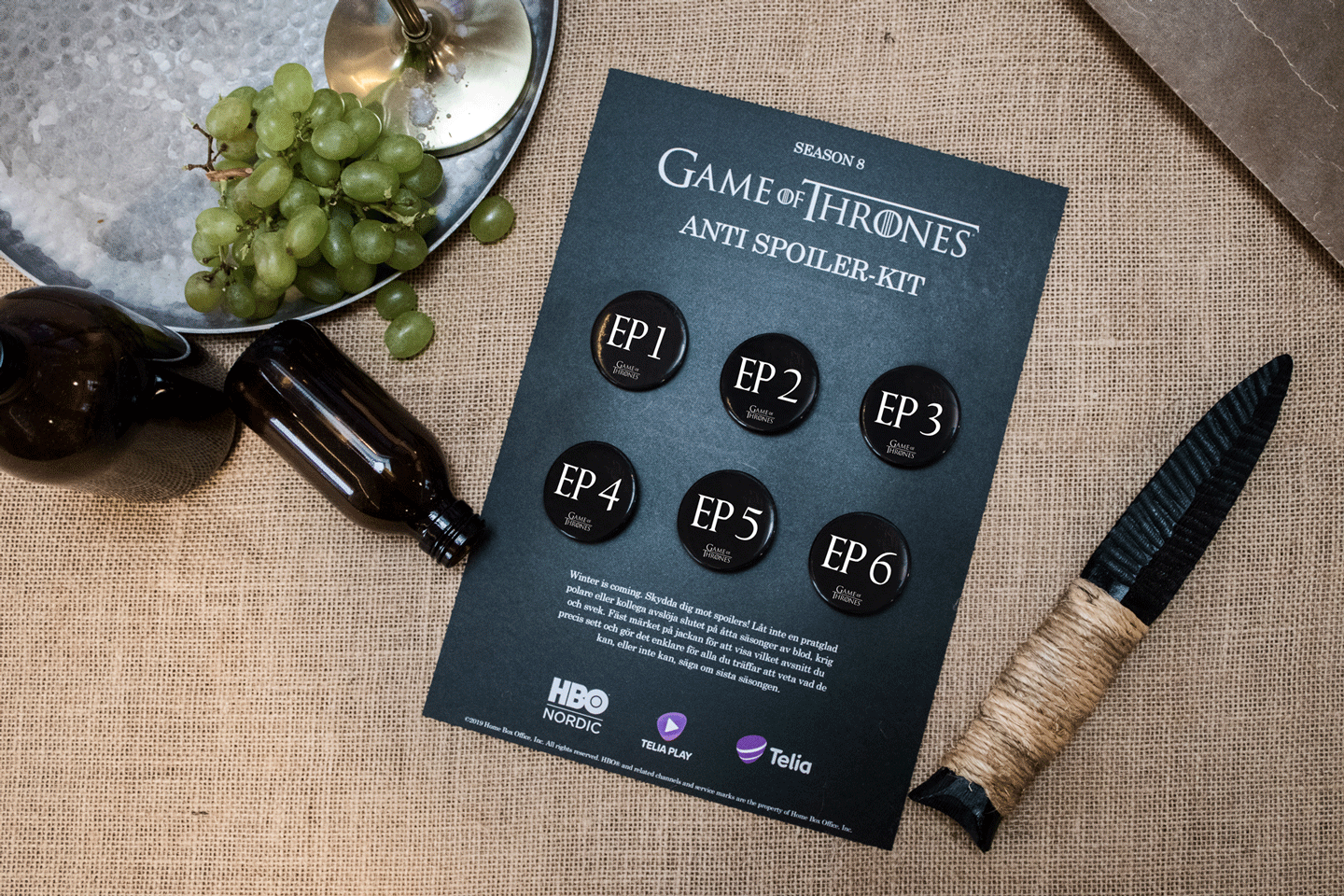 When Sweden was preparing for the eighth and final season of Game of Thrones we saw that many fans started worrying about spoilers. This why we helped local streaming service Telia Play and HBO create an easy to use Game of Thrones Anti Spoiler-kit for fans. The kit consisted of pins numbered after each of the six final episodes.  Fans of the show were encouraged to wear the pin with the latest seen episode in order to show friends, colleagues and class mates what they could say, or couldn’t say about Game of Thrones season 8. This because not everyone watches the show at the exact same time. Kits were distributed in Telia stores all over Sweden and could also be downloaded online together with a set of anti-spoiler commandments and other digital assets.